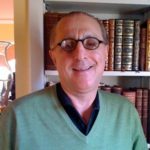 Hrach Gregorian is Director of the International Peace and Conflict Resolution Program, School of International Service, American University. He is a Strategic Partner at the Washington-based INGO, RESOLVE, and a member of the graduate faculty at Royal Roads University and the Centre for Military, Security and Strategic Studies, University of Calgary. He is also Senior Research Fellow, Centre for Global Studies, University of Victoria, and Distinguished Alumnus, Canadian Defence & Foreign Affairs Institute. He is a member of the Board of Trustees, The Mediterranean Graduate School of Applied Cognition (NETS), and a Visiting Scientist, Future Worlds Center.

Gregorian has decades of experience in risk analysis, negotiation training, and multi stakeholder mediation in fragile states. He served as one of the founding program directors of the United States Institute of Peace (USIP). He developed the Institute’s first professional training program in mediation and negotiation practice. The course was offered to senior members of the US State Department, USIA, Voice of America, and USAID. A similar course was developed for foreign affairs officials in Africa and East Asia. He is also one of the co-founders of the Alliance for Peacebuilding, the largest US-based membership organization of institutions and professionals in the field of peace and conflict management.

Gregorian’s work on stability and peace operations in fragile states has taken him to twenty-five plus countries. For the May 2010 meeting in Gatineau of G8 Senior Officials, he prepared and presented the analytical paper on effectiveness and coherence of G8 security sector capacity building efforts in vulnerable states. His current publications have focused on interagency coordination in peace operations, capacity-building in fragile states, and energy and conflict.

Gregorian’s op-ed pieces have appeared in U.S. and Canadian newspapers. He has made presentations before professional societies, academic institutions, government agencies, and on television and radio. He has been awarded research and applied project grants by foundations and government agencies in North America and Europe. He is the recipient of American University’s Capital Area Peacemaker Award, and a Boston University Distinguished Alumni Award. He sits on various boards.

Gregorian earned his M.A. and Ph.D. degrees at Brandeis University, and his B.A. at Boston University. He and his wife of 41 years, Judith Lynn (Kramer), reside in Vienna, Virginia and are the parents of three grown children.